How Goran Raven grew his volume more than 100% in a year! 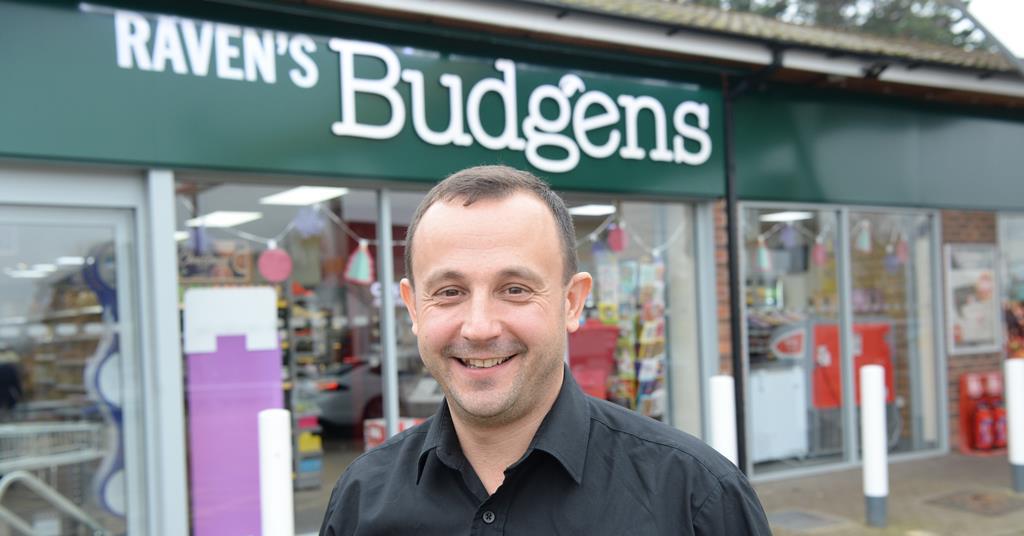 Goran Raven of Raven’s Budgen Abridge, like many gas retailers, came to his Shell site in the morning to prepare for what he thought would be an ordinary day.

After spending an hour in the office, he stepped out into the forecourt. The sight that greeted him, however, was extraordinary.

He stood, rooted to the spot, and the only thought in his head was “What have I done?”. Instead of the normal morning rush hour traffic, he saw cars queuing down the street.

In fact, over the next two months, his volume would be more than 100% up vs the year before.

Goran had tried out a new strategy, and it blew his expectations out of the water.

This strategy was to bring down his prices straight away when the prices fell from their record highs. At one point, he was 49cpg cheaper than the other sites in his area, with the press dubbing his site as “the cheapest in Essex”.

We sat down with Goran to ask him about his experience.

So we’ve been looking at your numbers from last July to this July and they have been incredible. How has this period’s performance been for you?

It’s been bonkers! It is absolutely bonkers!

Getting used to this kind of volume has certainly been a ramp-up. It took us from 10 to 14 days to get used to it because the uptick was phenomenal. From very early on we had to begin asking ourselves questions about “How can we do this? How do we upscale this quickly?”

How were you able to handle the large uptick in volume?

There was no right answer. In fact, we found quite a few wrong answers. That was the biggest thing really.

First, we had to sort out the flow of traffic. Then we had to get used to the number of tankers that had to come onto the forecourt daily. I mean a couple of weeks ago I would have been impressed if we were taking two tankers a day and now just in this 24-hour period we’ve taken four tankers.

But what we found was as soon as we solved one problem we were able to unlock a new portion of volume.

This is the first time we've done the numbers that we have and you can't help but think 'Wow'. Especially as the numbers kept going up! I kept thinking, "how are we doing this on our forecourt." You know because it's a small forecourt, we're quite narrow.

It really became about making sure we can get people efficiently onto the pumps.

That’s interesting as well. As you have a problem and then you solve it you unlock a new portion of volume. What approach have you taken in your search for solutions?

For me, it's always about approaching it as a customer. From the customer's point of view, what am. doing wrong? What can I be doing better?

If you put me out on that forecourt and asked me what's wrong, I'd probably rip the whole thing apart!

Really? We’ve actually been saying how lovely everything is!

Well, truly, I'm seeing what needs to be done. You know if you're going out and thinking everything is great and the process can't be improved then you've got blinders on. And I take that approach with me daily.

Actually out of moral conscience. With the cost of living (crisis), I don't see why I should be taking a large cut out of it. And then I looked at it as if I was an actual customer and it was the case of 'well I'll go that place there.'

The second it got out what we were doing, the volume went through the roof.

The results that you’ve had, has it been more than you expected?

Oh, it's better! I can't even come close. I thought it would be good and successful but in every way, I would measure - in volume, or in profitability, it blew my expectations out of the water.

If you could put a multiplier on it how much more have you done than you were expecting?

I think last month we did 129% more than we did in July of the previous year. This month we will beat that as well. We will beat that quite easily. In fact, we're now very close to doing our annual turnover by September.

These last two months have had a huge impact on that.

Having done this now, what do you think the long-term implication will be for your site and for your reputation?

Everyone is here because they think it’s cheaper fuel. If I can retain even a small portion of the new customers, over the long term in terms of shop spend and fuel spend it will make a massive difference in the long term. That’s my goal just to keep 5-10%. If we keep them, make them change their habits etc, this is where the real sustainable growth for next year will come from.

You’ve always been consistent with your social media presence. What has this time done for your brand?‍

Lots of positives and a few negatives. I do believe that all publicity is good publicity. This gets our name out there and lets people know that we’ve got the best prices. That’s all I care about on fuel. Before this, I would never post our pole sign online.

Due to the volume that we have had through our page, we have attracted a few weirdos. We got personally blamed for an oil rig in Antarctica. We’re now on the radar of some of the more fringe internet users.

Have there been many new customers or repeat customers?

So your marketing has been done for you, through word of mouth.

How have your staff managed with this influx of customers?

With lots of praise and lots of thanks. Last month everyone got a bonus. I want to pass the reward on. It’s not about the pile of cash that we make, it's about sharing.

Before I took over the forecourt from my Dad I worked for a really bad boss. So I know how demotivating it can be. With bad bosses, they’re pulling up in a Rolls Royce and the staff can barely afford to survive. It's just demotivating.

I want to get good staff and then keep that staff. At the end of the day, no matter what I want to do, if they don't want to do it or want to cause hassle, I'm then stuck. So reward the staff and if the staff like it and feel good about it then they'll stay with you longer and work harder.

It seems you have a good relationship with your employees.

I do try! It’s not every day that everything can be perfect. But you know it’s important when I come to say hello to everyone! And at the end of the day saying goodbye and the biggest thing really is thanking them for their shift. That goes a long long way. And it’s created a really positive culture.

There’s been an industry-wide issue of lack of staffing. With all that you’re doing regarding bonuses and incentives, what is your staff turnover like?

Since it’s been so busy, have you spent any time on the tills these last weeks?‍

I have actually, I’m a great believer in leading by doing. I will hop the tills, clean the toilets, and get out on the forecourt to handle issues. Whenever there is a need for it I will jump into it.

But I’m not as fast at the tills as I used to be, so I do make the staff laugh when I hop on. “Here comes the new boy, bear with me.” Especially in this environment, they're going like lightning on the tills!

You’ve had three or four successful generations coming before you. Have you got a different approach from the previous generations?

I don’t know if it's a different approach. I’m just the custodian. I'm just looking after it for the next generation so I’ve got to hand it over in a better state than when I got it.

I look at big firms like Mars because that is a family firm and I’m thinking about how can I grow my family business into something bigger and if nothing else make my and my children’s lives easier...

Speaking of Edge, how has the platform helped you during this pricing strategy?

It’s controlled all of my pricing decisions. 100%. When I look at Edge, I will look at the margin I’m making, and if a tanker comes in, I can see what margin we’re actually making. It’s actually enabled me to make a significantly better margin. And doing these huge volumes on it has just been amazing!

Having Edge has completely changed my perceptions of what success can look like. I look back at the margin we were earning before we signed up with Edge, and they are just laughable!

If you look back at just that first week of this current strategy, it’s triple or quadruple the margins we were. It‘s just really enabled us to start breaking record after record. Once we break one record, within seven days, we’re breaking another record.

It’s amazing to hear that you’re breaking records in this very volatile market! Any advice to other retailers in this climate that are struggling with volatility and cost prices?

Well, as I mentioned earlier, I think first and foremost look at your forecourt from a customer point of view.

And second to that, I think it’s important to establish a base minimum margin or profit as a retailer and not go below it. This has been a special time with the cost prices coming down but a few days ago I had to put the price up on Diesel in order to keep my margins up. To be honest none of the customers have batted an eye about it. Stick to your prices!

What are you going to do, sell it at a loss? No, of course not! So stand strong.

You mentioned earlier that the cost of living crisis is the reason you’ve decided to slash your prices. The crisis is something customers and retailers are facing together. How has your store been affected by it?

As you said, it’s been the same for everyone really! The cost of all of our drystock has been increasing, which is why this is such a nice time for this to happen with margins because we’ve been able to absorb a bit of the price shock for quite a few lines in store.

I really should have put up the price of some things but I’ve been able to keep them down due to the forecourt right now. For us, this is good because we can offer products that have otherwise gone up in price everywhere else but we’ve actually been able to go down in price.

From this period what would you say is the main takeaway or lesson? Have there been any surprises?

The biggest surprise is how we've been able to upscale so quickly and survive.

If you had said to me last year “You’re gonna do almost a million litres in July”, I would have laughed at you.

This leads me to believe that most challenges we come across can be dealt with if we keep a level head. Now we’re serving more people than ever before and it’s easier to boot! 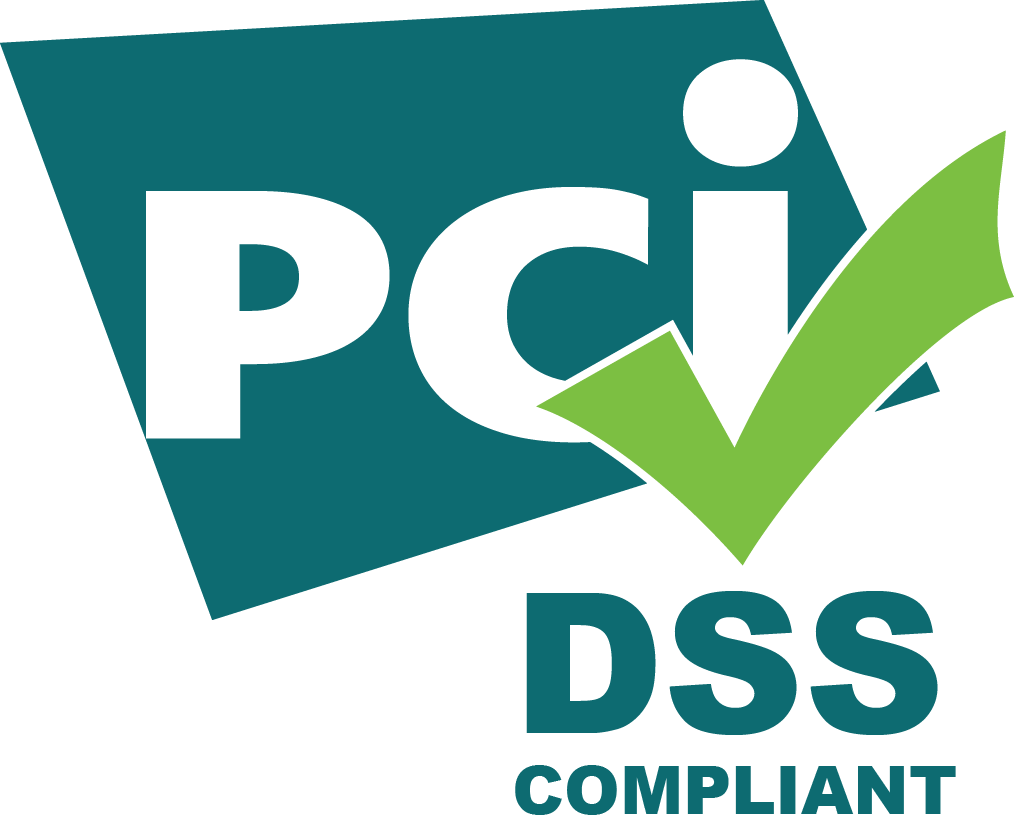 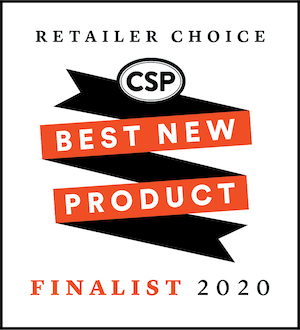