Fuel: The Next Generation 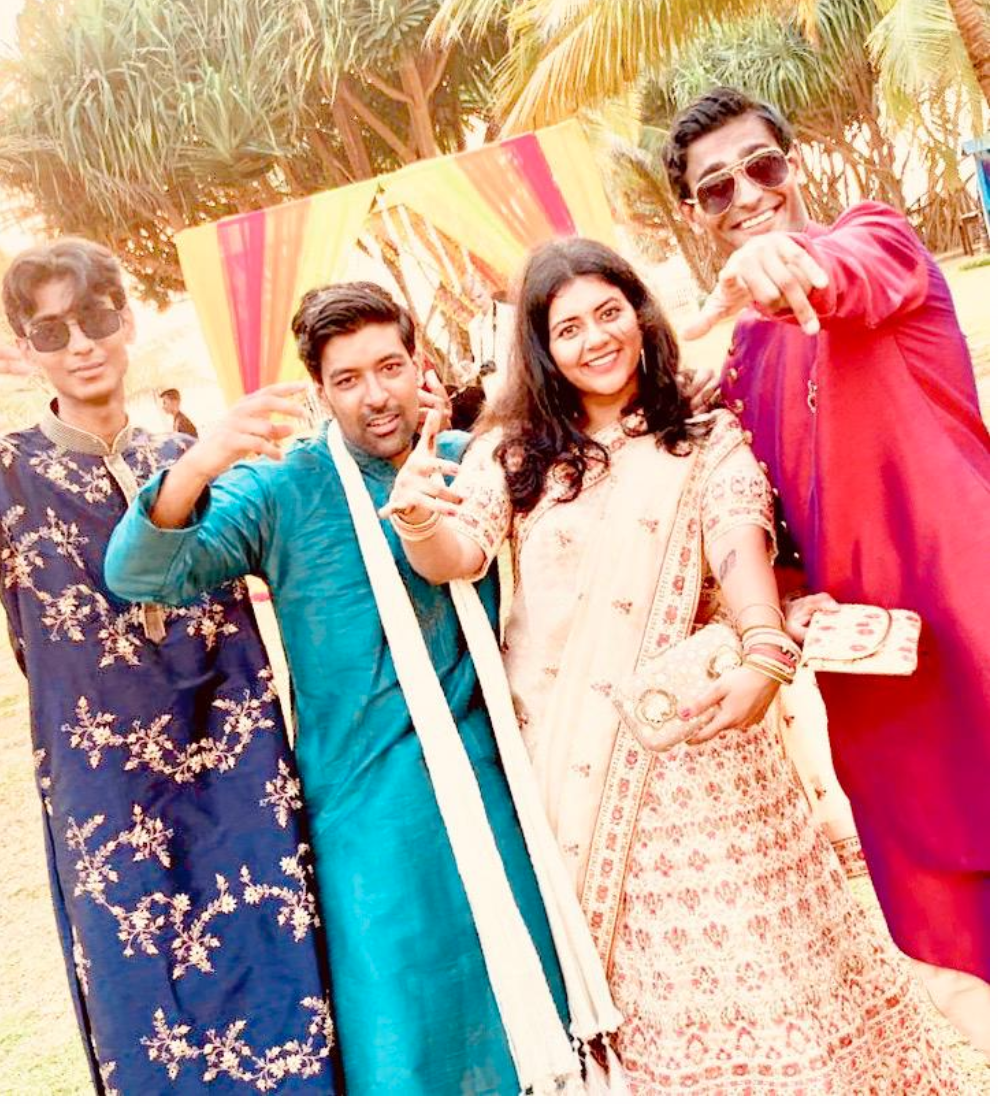 Hello all, for those of you who haven’t had the pleasure of meeting me yet 😉, I’m Nikhil and I joined EdgePetrol circa 6 months ago.

A quick look at me and my family:

Many Asian families in Uganda were exiled in the ’70s by a guy named Idi Amin – if you don’t know, I suggest watching  The Last King of Scotland or going on Wikipedia… although I would recommend the former, as there isn't much entertainment other than watching TV in current times... #COVID19!

I was born in Sweden, but moved with my family to the US and currently live in London.  Not even close to as interesting as the above... but naturally I had to plug myself into the story early on!

Why am I telling you this?

Well, when my family arrived in Sweden, in order to make ends meet there was little else to do apart from getting a job in a factory or- for those who picked up the language quickly- shop work. Whilst my parents, their siblings, cousins and friends were off at school trying to assimilate, their parents were grafting.

After what I can only imagine must have felt like an eternity, a large portion of them ended up buying retail space themselves and saw a huge amount of success. Making themselves part of their local communities, growing and becoming in many cases more successful than what they and many others were back in Uganda.

Making something out of nothing is hard enough as it is, but they developed their businesses to reach their goals and ambitions. I can’t even begin to imagine what it would feel like to let go of the reigns and let someone else take over, and that is what we will be discussing today – how to strike the right balance in a period of generational transition.

Over the last 6 months, working with and speaking to our client base in the UK and the United States I’ve noticed 3 things:

1. The first being that there are a lot of Edge customers with similar stories to what I just described (for those of you who can't relate, I promise this will still be relevant – just bear with me...)

2. Secondly, and more importantly, a lot of the people we have been speaking to will soon have to, whether willingly or not, make way for the next generation. Although in my family’s case the elders seem to think that even though they are well into their 80/90’s they’ve still got it!

3. And finally – old habits tend to die hard, and letting go of the reigns and allowing the ‘’youth’’ to take over isn’t always smooth sailing. I am in no position to say either way is right or wrong. But what I thought I would do is offer some observations I’ve made during those agonising summers tending shop back in Sweden when I was growing up.

Before I carry on for the sake of easy of reading:

G2= The next generation

The first type is what on the Edge sales-floor, we would call GroundHogs.

Because with Groundhogs routine is key and change is typically met with caution, the risk you run when G2 comes in to run the business their way as opposed to the groundhog way is that it becomes change overload and has a negative trickle-down effect into all aspects of the business. What could have been a smooth start becomes the opposite. Not to say that they don’t succeed in the end – which they in most cases do, it is just a bit rocky.

Then we have the companies who change certain things incrementally, mixing the old ways with some new elements. Electronic signs for dry-stock/in the box items for example, then moving on to electronic ordering and eventually, of course, EdgePetrol. These guys are typically the ones who can choose the way they want to grow.

The two examples above tend to make it regardless of what happens because eventually that determination that got them there in the first place is channeled in a positive way. But when it takes the opposite turn and it is “my way or the highway’’ the business more often than not ultimately either gets sold off or misses out on growth, which is a huge shame because of the legacy.

I guess my message is, change doesn’t have to mean do everything at once and it can certainly carry a different meaning depending on the type of business you run, but one thing is clear; if you don’t at the very least approach these strange times with a bit of an open mind – your outlook isn’t too great.

So to sum up and give you a few take-aways:

2. Figure out at what pace you can and want to change that will allow for the business to smoothly transition by working together

3. Don’t stand still, because (I am paraphrasing an industry colleague over in America here) you might not see the value in changing the way you do things, but most of your competition will do, and they are looking for every opportunity to put you at a disadvantage.