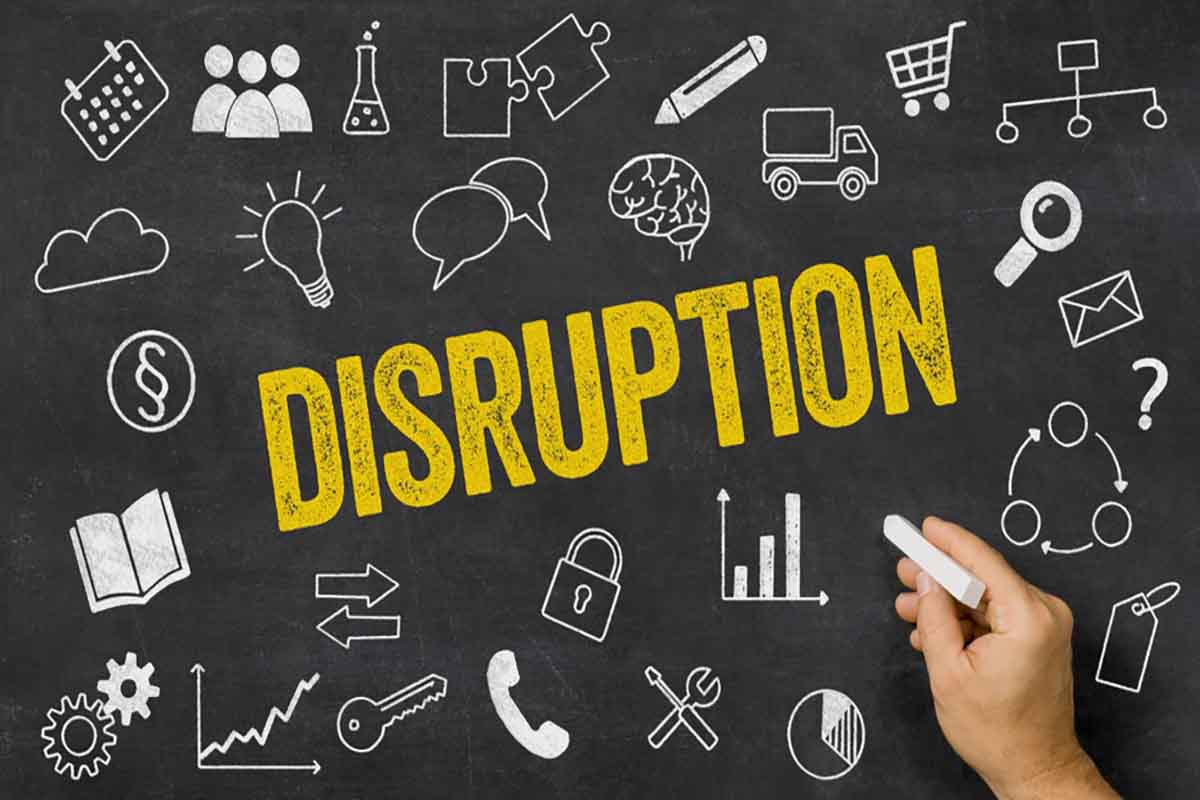 This is a real buzz word these days.

Visionaries have often cited the consumption of humans by technology seeking harmonious dystopia. EM Forster wrote ‘The Machine Stops’ in 1909, which some argue predicted the internet. The thing is- as the title suggests- the machine does indeed stop.

But, as it stands in 2021, the machine is not stopping. Progress and new technologies will continue and those who utilize them will continue to have an advantage (until technology ends the world that is).

What are disruptive technologies?

Clayton Christensen first introduced the concept of disruptive innovation in his famous book “The Innovator's Dilemma”. A disruptive technology is usually referred to as one which replaces an established technology and brings it to extinction.

This type of technology usually leads to significant shifts in market dynamics and products which belong to the disruptive technology sphere are known to be even able to create entirely new markets or economies.

These types of radical innovations can be found throughout history and many times they have completely changed the way people interact, think, and live. They often emerge out of a niche market and become dominant, and the effect is that the status quo of a certain market becomes disrupted.

Naturally the most important thing that a disruptive technology must succeed in is creating a customer base and satisfying customer demands. Who remembers:

Starting out with a niche

When a “Disruptive” technology is introduced, it is able to do similar things as an existing technology, but in the primary phases of its life, there are one or more disadvantages which makes it less desirable for a market that already exists.

Examples may be a higher price, lower capacities or volatile reliability. Electric vehicles are a great example of this.

If this were only the case, no rational consumer would ever buy this type of technology, but as we can see, a disruptive technology always has some hidden advantages over existing competitor's technologies that entices people to take a punt.

A competent disruptive technology has the capacity to find a niche of willing customers constituting a new market.  Thanks to this, the technology can survive until it can increase scalability.

Eventually, as a result of the added advantages over existing technologies, the market transitions over to the new technology and the old one reaches its peak or so called ‘ceiling’.

But sometimes disruptive technologies fail. Does anyone remember MiniDiscs? I do. Sort of.

MiniDiscs seemed to solve the issues with both cassettes and CDs. Great quality, no jumping or skipping and less clunky to carry around. So why did it fail?

First it was price. Uptake was slow as Sony priced them at $1,000. This is normal as above, but by the time the price was reduced to a value deemed acceptable by your typical consumer, the MP3 arrived. The MiniDisc was ‘out-disrupted’.

One of EdgePetrol’s former employees bought one bitcoin just to try it out. It cost them £5 and is currently worth 4000x that (give or take a thousand or two, it moves a lot). Will crypto take over traditional currency one day?

Do you sit in the niche?

First of all take a look at your phone. If it’s not a smartphone, the answer is a clear no.

But then take a look at your business. Do you have disruptive technology before anyone else? If not, are you lagging behind or playing it safe. How do you see yourself as a fuel retailer?

Finally, think about how new technology will disrupt your business in the future. In the fuel industry this technology feels like electric cars.

Who knows though? Just like the MiniDisc, they may get ‘out-disrupted’ too.